Mexico has been one of the most popular and favourite visiting place of lots of tourists for years. Most of the tourists travel to Mexico and enjoy their incredible adventures.

Because of this huge attraction, this place is much expensive to visit, even if you talk about flights. There are only a few cheap flights to Mexico which eventually cost you the same because you will then have to travel a lot inside Mexico to reach your actual destination. No doubt this is a stupid idea but spending a lot of money only to fly Mexico and disturb your budget for further travelling, is also not a wise step to take. So, here are some of the ways to find a cheap flight to Mexico and save some money to enjoy your Mexico trip better: 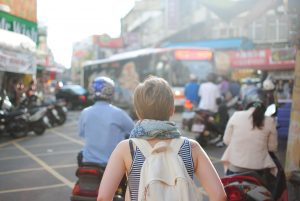 You can also select the departure and arrival places and press Enter key; it will show you the sorted form of deals according to the rates of the flights. From those deals, you can select the month and the day to depart for Mexico.

We all know that holidays are the busiest days in any region of the world. In these days, people come out of their homes and go to the restaurants and bars to hang out with their friends and relax from the whole day routine. While during long holidays like Christmas and the New Year, most people make extended plans than usual.

Similarly, visiting Mexico on holiday could be a lot more expensive than usual days because similar to the people of other regions, Mexican citizens also attend their favourite places in their country in these days. That’s why the fares of flights extend to the high rates for the Christmas season which begins from December 12 till December 27. After that, New year season starts, and it ends with the winter holidays. While on the other holidays like the first Monday of Month February which is known as Constitution day, the thirds Monday of March which is famous for Benito Juarez’s Birthday, Labours Day on 1st of May, Independence Day on September 16 and the third Monday in November which is known as the Revolution Day.

Another way to find cheap flights to Mexico is by comparing the prices of flights online. There are lots of airlines to Mexico that offers different deals for Mexico travel. You check out all the airlines’ deals for the days in which you have planned to visit Mexico and choose the cheapest flights among them.

Well, above has described some of the ways to find cheap flights to Mexico. Consider all of them because they are the most effective ways in this regard.